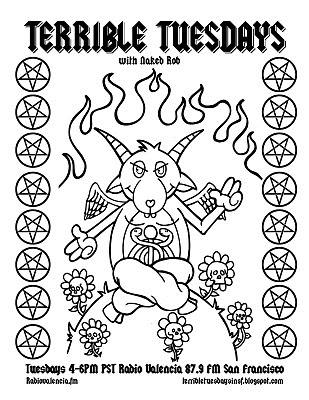 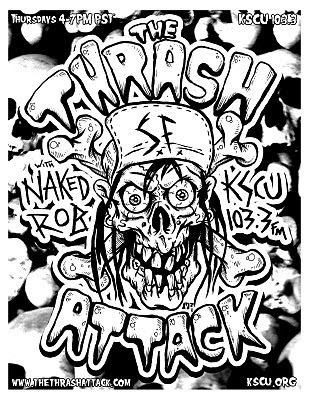 Oh yeah, Turkey Day is right around the corner and most of us will be with our family or with the "other" family. You know, the in-laws or your bf/gf's family. For me, it'll be the first time in a long time I'll be hanging with another family (besides mine) on Turkey Day. I'm from Texas and her family are from here in Northern Cali so imagine the table conversation (been hunting lately? which republican did you last vote for? how many people were put to death this year. etc etc...). I mean, I'm gonna be myself. Scratch that! I'm gonna be as good as I can and my Uncle already said something funny to me. After I told him what I was doing for the holiday, he said, "Oh shit! They better have enough food 'cause you fuckin eat everything." HAHAHA!!! I fuckin' laughed my ass off because it's true. Also, I get food coma pretty bad and I'm hoping I can go to a bedroom or take the couch over because I need to sleep, damn it. HA! Anyway, I'm gonna be on best behavior and hopefully I don't embarrass myself or my girlfriend for the matter. Oh yeah! The one thing that is making me nervous has nothing to do with meeting her family for the first time (and it's on a holiday) and that's what the hell am I gonna wear. Should I wear all black? Wear my green cargos with Doc's and a long sleeve Ministry shirt? HA! If anybody has any tips for this first timer, let me know.

I included my new flyers for my radio shows. They're fuckin' killer and I'm glad I finally got some done. They were done by my buddy, Mike Fisher. He does amazing art work and he also does art work as for some of the best heavy bands in the scene. If you like what you see, check out his work at www.maximumfluoride.net. Trust me, your face will melt when you see his shit.

Okay everybody, thanks for your support as always and Happy Turkey Day to you and your families as well. NO Thrash Attack on Turkey Day too! Be safe out there, watch out for food coma and take care. GOBBLE GOBBLE!! ~ Naked Rob, SFC

(intro) Melvins / honey bucket / Houdini Live 2005
***THE THRASH ATTACK***
*Man will Destroy Himself / circle the drain / This Is A Test
*Krisiun / the will potency / The Great Execution
*Voivod / condemned to the gallows / To The Death 84
*Descender / chasing daylight - single
*Fuck The Facts / 95 / Die Miserable
*Sick Of It All / injustice systems / Nonstop
*Gloominous Doom / totally awesome definetly / Cosmic Super Cool
*Martyr / D.I. / Circle Of 8
*Anthrax / Judas Priest / Worship Music
*Megadeth / public enemy no. 1 / Th1rt3en
*Misfits / jack the ripper / The Devil's Rain
*Machine Head / darkness within / Into The Locust
------------
*Chimaira / powerless / The Age Of Hell
*Iced Earth / V / Dystopia
*MonstrO / concertina / MonstrO
*Bastard Priest / enter eternal nightmare / Ghouls Of The Endless Night
*Beneath Oblivion / the atomic mother / From To Dust
*Skeletonwitch / rejoice in misery / Forever Abomination
*Vallenfyre / as the world collapses / A Fragile King
*Vader / i am who feasts upon your soul / Welcome To The Morbid Reich
*As You Drown / you should be paranoid / Rat King
*Brutal Truth / killing planet earth / End Time
*Retox / a bastard on father's day / Ugly Animals
*Landmine Marathon / liver and lungs / Gallows
*Black Tusk / ender of all / Set The Dial
--------
*Warbringer / savagery / World Torn Asunder
*Hull / in death, truth / Beyond The Lightless Sky
*Mastodon / black tongue / The Hunter
*Ceremony / terminal addiction / Rohnert Park CD
*Trigger Effect / in us we trust / Versitis Maximus
(L)*The Grannies / for those about to forget to rock / For Those About To Forget To Rock
*Victory and Associates / get tough, get through it / These things Are Facts
*The Monsters / whatcha gonna do / Pop Up Yours
*Night Birds / neon grey / The Other Side Of Darkness
*Last Charge Of The Light Horse / something else out of nothing / Curve
*Bbigpigg / harry eastlack / Phantom Photography
*Mogwai / drunk and crazy / Earth Division EP
*Glambilly / city of angels / White BBQ Sauce